Overview
Board of Directors
Committee Composition and Resignation of Directors
Overview
Edelweiss Housing Finance Limited, a part of the Edelweiss Group, is a Housing Finance Company that has been providing access to credit to customers for various kinds of loans since 2010. Our product suite includes: Edelweiss Housing Finance Ltd. is one of the leading housing finance companies that provides attractive Home Loans & Loan against Property (LAP) to customers from all income segments. Edelweiss Housing Finance Ltd. aims to be a catalyst in fulfilling the dreams of owning a home and in wealth creation for its customers belonging to self-employed and salaried segments. We follow a customer first approach by understanding the customer needs and offering customized loan solutions with the right loan amount. Customers across more than 800 talukas in India have entrusted us with their housing finance needs. Our reach is a reflection of our intent to participate in the ‘Housing for All’ journey which is reflected by 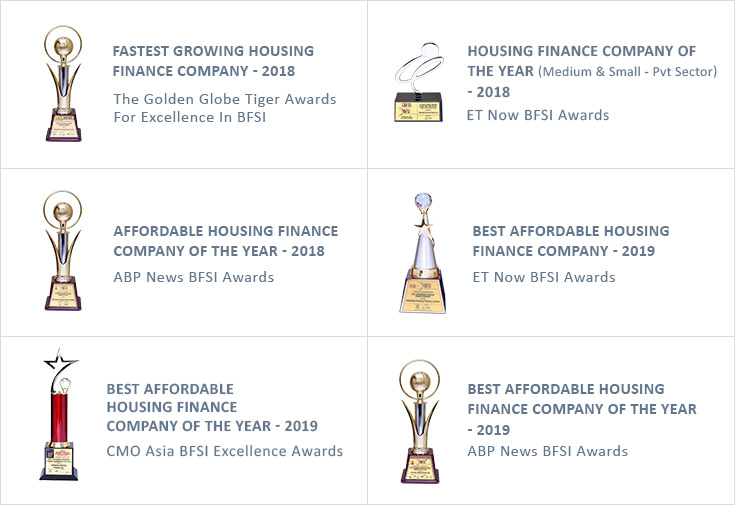 Mr. Deepak Mittal has more than two decades of experience in financial services. He heads the Credit business of the Group. He is presently the Vice-Chairman of ECL Finance Limited. He has played several key roles at Edelweiss, one of the most recent being the CEO of Edelweiss Tokio Life Insurance, a joint venture between the Edelweiss and Tokio Marine Holdings of Japan. Started in 2011, Edelweiss Tokio is acknowledged as an innovative customer centric insurer and has been one of the fastest growing Insurance companies in India. Prior to leading the Life Insurance business, Mr. Mittal helped scale up the Capital Markets business at Edelweiss Financial Services Limited (EFSL). He subsequently became the Chief Financial Officer of EFSL, where he helped steer the firm through a successful Initial Public Offering in 2007. Mr. Mittal also led the Group’s new strategic initiatives and played a key role in the expansion of various Group businesses, including the acquisition and integration of Anagram stock broking. Mr. Deepak Mittal is a Chemical Engineer from IIT-BHU and an MBA from the IIM Ahmedabad.

Mr. Sunil Phatarphekar is the proprietor of SNP Legal (Advocates) and have over 30 years of experience as a practicing advocate. He started his career in 1987 with Crawford Bayley & Company, Advocates and Solicitors, a preeminent law firm. Thereafter, he was admitted as a partner in Mahimtura & Company, to enhance their corporate practice. Subsequent to that, he co-founded Shah Desai Doijode & Phatarphekar, Advocates. Mr. Phatarphekar also practices in the corporate field with specialization in commercial contracts and new technologies.  Mr. Phatarphekar also serves as a Non-Executive director on the Board of various companies.

Mr. Rajat Avasthi is a MBA from University Business School, Chandigarh and holds graduation degree in Bsc. from University of Punjab. Mr. Rajat Avasthi has over 21 years of experience in Sales and Marketing. He started his career with Asian Paints, where he worked for 18 years with roles in Sales and Corporate Marketing. He also worked on building a market entry strategy for Asian Paints’s entry into Indonesia. Prior to joining Edelweiss, he was associated with Vodafone as the CEO of their business in Punjab, Himachal Pradesh and Jammu & Kashmir. Prior to that he was head of Sales and Marketing for Mumbai, their biggest market.

Mr. Biswamohan Mahapatra is an Independent Director on our Board. His career spans over three decades. He retired as Executive Director of Reserve Bank of India (RBI) in August 2014. At RBI he was in charge of banking regulation, policy, and supervision. Post retirement, he was an Advisor to RBI on the new bank licensing process. He has represented RBI at various national and international forums and chaired several RBI committees. He was also the Member-Secretary to the Committee set up to introduce a financial holding company structure in India and was also involved in the formulation of Basel II and Basel III regulations. He also serves as an Independent Director on the Boards of various companies. Recently, he was appointed as the Non-Executive Chairman of National Payments Corporation of India. He holds a Master of Science in Management (MSM) degree from the Arthur D. Little Management Education Institute, Cambridge, USA and an MBA from University of Delhi.

EHFL is regulated by the National Housing Bank (NHB) vide Certificate of Registration (CoR) No. 03.0081.10 dt. 18/03/2010. However, NHB does not accept any responsibility or guarantee about the present position as to the financial soundness of Company or correctness of any of the statements or representation made or opinion expressed by the Company.